The group has been active in a number of projects recently and a summary of these is given below. For all of these projects we would like to thank everyone who contributed as without assistance none of these would have been completed. In addition to formal projects we run guided walks, give talks to a variety of groups and organise site clearance sessions.

Berkshire Building Stone Atlas
The Group have compiled a review of Building Materials used in Berkshire. This was published in July 2019. See our book lists.

Local Geodiversity Action Plan (LGAP)
This plan was published in June 2012 and covered the period until 2017. The purpose of this was to provide a framework for geodiversity and conservation within the county in the same way that a Biodiversity Action Plan does for biodiversity. Paper copies are still available by contacting Lesley Dunlop at BGG or you can download a copy from our publications page
We are grateful to Natural England for funding this project and other RIGS/Geology Trust Groups in the SE England for their contribution.

GeoRecord Berkshire
GeoRecord Berkshire, funded by the Heritage Lottery Fund, aimed to increase the awareness and appreciation of local geodiversity in Berkshire.
Further details of the project can be found on the GeoRecord Project page. 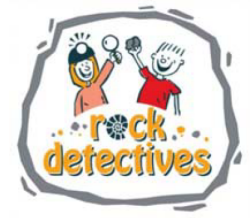 This was a club for children started in the Autumn of 2011 across Berkshire, Oxfordshire, Wiltshire and Hampshire. Berkshire held four events.
Thanks to North Wessex Downs AONB for funding.

Chalk Links in the North Wessex Downs
We have been working with other county groups within the North Wessex Downs AONB to produce a series of factsheets about how the presence of the chalk geology has influenced many aspects of life within the area. We have also organised a series of walks on this theme. The factsheets are available to download from the the leaflet section of the publications page.

Landscape and Chalk - a project to provide walk leaflets in conjuction with the North Wessex Downs AONB
We have developed some leaflets for geological walks in West Berkshire - the first of these was printed in December 2010 and centres on East Garston. It can be downloaded from the leaflet section of our publications page

Newtown Road Cemetery
This interesting cemetery in Newbury has a range of stones used for memorials − Read the report.

Surveying Iron Rich Streams in Wokingham Borough
Thanks to assistance from Wokingham Borough council and a group of volunteers we have been monitoring the iron content in streams and ditches around Barkham. Part of this area has since been designated as an LGS. The monitoring will also help in a management plan for these very interesting streams

Local Geological Site (LGS) designation
Following funding from Natural England for Berkshire Geoconservation Group to assist Hampshire and Oxfordshire with designation of three new LGS in their counties we are happy to say that in 2010 we were also able to designate three sites within Berkshire – Hurley Chalk Pit (also a Local Wildlife Site and BBOWT Reserve), Cookham Dean Chalk Pit (managed by National Trust) and the viewpoint at Winter Hill (again managed by National Trust).

SE England Geotrails
Along with other counties in the SE England we put on a walk linked to a National Trail in order to promote geodiversity. Our walk was around Hurley and looked at building stones, a chalkpit and a sink hole as well as landscape.

Lower Windrush Valley Gravels
In 2010 we assisted the Lower Windrush Valley Project and Thames Valley Environmental Records Centre in producing information for the general public about the gravels and archaeology of the area between Witney and Newbridge. Three walks and talks were provided. This project followed on from the Gravels of Berkshire project and was funded by Aggregates Levy Sustainability Fund.

Gravels of Berkshire
We were fortunate to obtain funding from the Aggregates Levy Sustainability Fund in 2009 to produce leaflets and a booklet about the gravels of Berkshire. Many people contributed to this project and we are very grateful for all the input. There are leaflets for each of the Unitary Authorities and a separate booklet which covers the whole county. The leaflets can be downloaded in pdf format from the leaflet section of our publications page